I came back to the Victor Valley because I have friends here, including a few on the bench. I have a good reputation here. I have lawyer friends here (and I understand that the term “lawyer friends” seems a contradiction). And I like it here.

Though since I’ve been back it’s been very cold and my little duplex in the desert has no central heat. I have to throw a log on the fire to keep from freezing.

I am offering to do family law and criminal defense with flat fees instead of hourly fees. 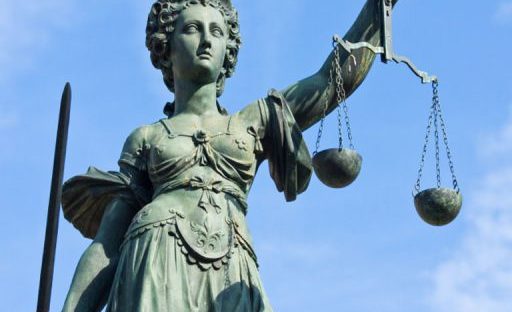 When you’re in trouble, finding a good lawyer is like finding a good doctor. A good lawyer, who knows the law and has experience in the courtroom, can be a balm to your worried mind when facing criminal charges.

Mark Bruce has been practicing law since 1987. He graduated from UC Berkeley’s Boalt Hall School of Law, where he legendarily faced down Justice Antonin Scalia at the McBain Oral Advocacy Competition, going toe to toe with the judge and at one point making the famous lion of the Supreme Court sit back, stunned, in his chair when Mark pulled out a precedent that perfectly countered the Justice’s question. Afterward, Justice Scalia told Mark, “What I like about you is that you’re not a wimp.”

More recently in Placer County, Assistant Public Defender Mark Bruce’ vigorous defense of his clients earned him the nickname The Problem–that is, a problem for the District Attorney. It is said that inmates in Placer vied for Mark to handle their cases.

Today, Mark Bruce uses his more than 30 years in the courtroom to represent Sacramento residents at a reasonable price for felony and misdemeanor cases in Superior Court. A sample of the kind of cases Mark Bruce takes on:

Drug Sales and Other Drug cases

Mark Bruce has tried over 130 jury trials in his time, often winning cases that make other lawyers–especially prosecutors–shake their heads in wonder. A Sample:

Long time gang member charged with Attempted Murder. Bruce showed the jury that the client was acting in self-defense, as the driver of the truck blocking the client’s driveway had threatened client with a gun weeks before. Not Guilty.

Woman working for a business in charge of deposits was charged with Embezzlement when cash was missing from the deposit bag. Bruce showed jury that the key to the locked drawer where the deposit bag sat was under a flower pot that others had access to. Not Guilty–later another employee confessed.

Latino homeless man, drug addict, charged with bringing a knife into the jail. Bruce showed the jury that the man was groggy from lack of sleep and that police had twice searched him before he went into the jail, leading him to believe that anything he might have had on his person had already been found. Not Guilty.

Mark Bruce also works hard to try to get cases dismissed before juries are called. A sample:

Woman accused of elder abuse for taking money from a man she cared for had her case dismissed when Bruce showed the prosecutor that an ex-convict had access to the money and was seen spending money he should not have had.

Man accused of embezzlement for taking money from a business account had his case dismissed when Bruce carefully went through the paperwork with the prosecutor and showed that the company actually owed the man money!

Woman accused of brandishing a gun–conviction of which would cost her Second Amendment Rights–had her case dismissed when Bruce showed the prosecutor evidence that the “victim”–the client’s drug addled son–had threatened her in her own home, causing client to get weapon to defend herself.

Mark Bruce works in downtown Sacramento and is ready to go to court for you.

ASK ABOUT HOW YOU CAN HAVE MARK BRUCE APPEAR ON YOUR BEHALF SO THAT YOU DO NOT HAVE TO GO TO COURT AT ALL!!!!